Chair of Process and Data Science 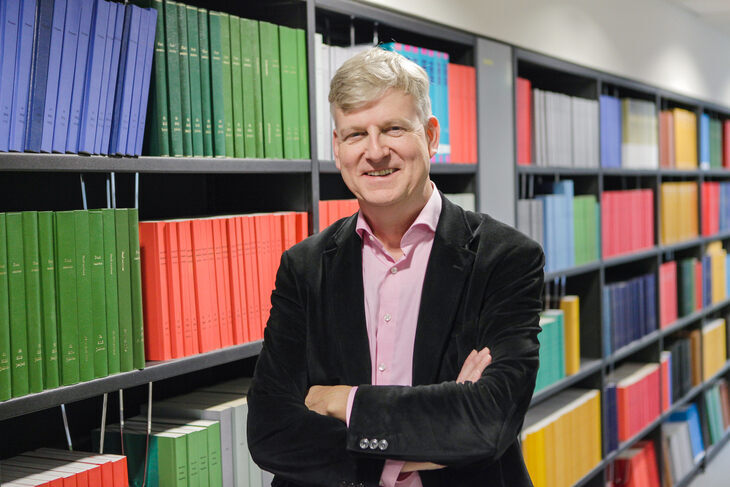 The 51 year-old Dutch computer scientist is an acknowledged expert in the fields of process mining, business process management, workflow management systems, and data science. One of the most widely cited researchers in his areas of expertise, Professor van der Aalst has published more than 200 articles in scientific journals, authored or edited 20 books, and contributed to 500 book publications and conference proceedings.The Alexander von Humboldt professorship is funded by the Federal Ministry of Education and Research through its International Research Fund for Germany. Worth five million euros, the Humboldt professorship is the most valuable research award in Germany. The award serves to finance the professorship for a period of five years. As part of the award nomination, the nominating university must outline a strategy to secure the award recipient’s long-term affiliation.As RWTH Rector Ernst Schmachtenberg explains, “the award of the Alexander von Humboldt Professorship makes it possible for us to recruit an internationally recognized top researcher to Aachen. With Professor van der Aalst’s expertise, we will be able to advance our future plans in the highly important field of data science.

”Prof. Wil van der Aalst studied computer science at Eindhoven University of Technology. In 2000, after having held positions in academia and industry, he was appointed full professor at Eindhoven University of Technology. Since 2003, he has been adjunct professor at Queensland University of Technology in Brisbane, Australia. Since 2013, he has been the scientific director of the Data Science Center Eindhoven. Currently, he is a visiting scholar at Fondazione Bruno Kessler, Trento.In 2013, van der Aalst, who has an honorary doctorate from Hasselt University, was awarded an honorary guest professorship at Tsinghua University. In 2015, he was appointed honorary professor at the Higher School of Economics in Moscow. He is a member of the Royal Netherlands Academy of Arts and Sciences, the Royal Holland Society of Sciences and Humanities, and the Academy of Europe. Furthermore, he is a member of the Board of Governors of Tilburg University.The award ceremony for the 2018 Alexander von Humboldt Professorships is scheduled to take place in May 2018 in Berlin.