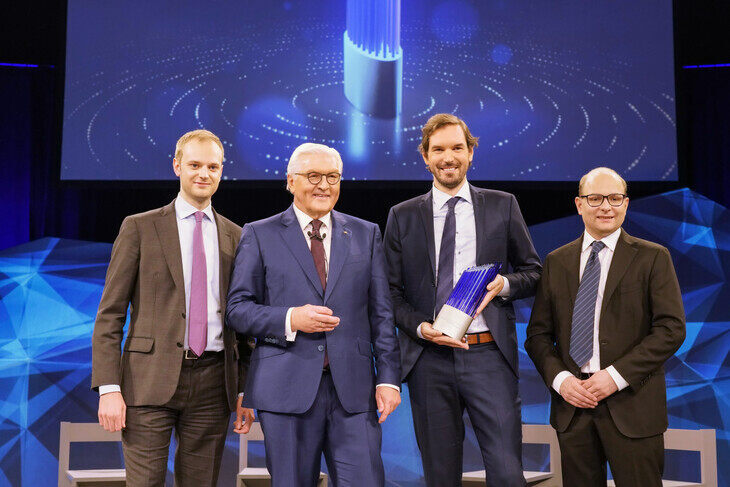 Federal President Frank-Walter Steinmeier presented the "Deutscher Zukunftspreis" to the founders of Celonis, who launched their software start-up based on process-mining research done by Wil van der Aalst and others 15-20 years before.

The Celonis founders Bastian Nominacher, Martin Klenk and Alexander Rinke were exposed to process mining while studying at the Technical University of Munich (TUM). Based on ideas first implemented in the open-source software tool ProM, they developed their own software. The Celonis founders have been extremely successful and built one of the few German unicorns in 8 years. Currently, Celonis is valued 2.5 billion dollars. Wil van der Aalst is the Chief Scientific Advisor of Celonis.The jury called process mining "a new key technology for industry and organizations that can reduce costs while boosting productivity and security" and this prestigious prize is a great boost for the field of process mining. The success of Celonis has been instrumental in creating awareness for process mining, also outside Europe. Currently, there are over 30 process-mining vendors. However, Celonis was the first to support continuous process mining at the enterprise level. The focus is not on a few expert users, but on the daily use by many stakeholders.